Complete Election 2018 Results is available here for NA 117 Nankana Sahib I after polling on 25th July 2018. 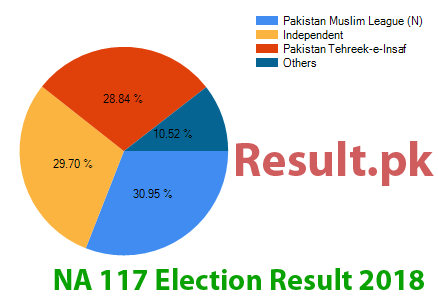